Iron is the main impurity ore for purification and whitening of kaolin. Its occurrence state is diverse, often in the form of hematite, pyrite, siderite, limonite, anatase, ilmenite and other minerals, and sometimes contains mica, tourmaline, etc. Therefore, iron removal is the main measure for kaolin whitening. You will learn from the following common kaolin iron removal methods, which can effectively remove iron minerals from kaolin mines and improve the whiteness of kaolin. 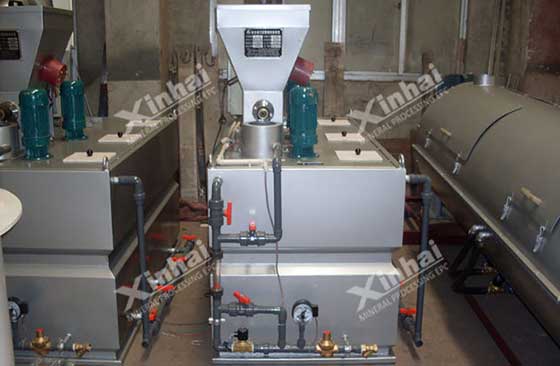 Carrier flotation: Kaolin with very fine impurity mineral particles can be removed by carrier flotation. Common carrier minerals can be calcite or silica sand. The dosage of carrier minerals is generally 10% to 20% of the weight of kaolin. In the flotation process, sodium silicate is used as dispersant, ammonium hydroxide and caustic soda are used as pH adjusters, and tar oil, fatty acid and petroleum calcium sulfonate are used as collectors. These agents can help complete the flotation titanium removal operation. However, flotation has many disadvantages. For example, the hydrophobization of the carrier requires a large amount of chemicals, and the flotation process can only be effective when the slurry concentration is low. Additionally, residual chemicals and carrier minerals in the clay are detrimental to the final product.

Direct flotation: Direct flotation is mainly used to remove kaolin containing anatase impurities. It is characterized by high-energy scrubbing when the solid concentration is 40% to 60% in the presence of dispersant and pH adjuster. Anatase and hematite are dissociated from kaolin minerals, and then a small amount of activator and fatty acid collector are added. Selective agglomeration of anatase covered by a collector is formed under high shear stirring conditions. Then the pulp is diluted to 15%~20% solids, and then flotation is carried out to remove impurities. 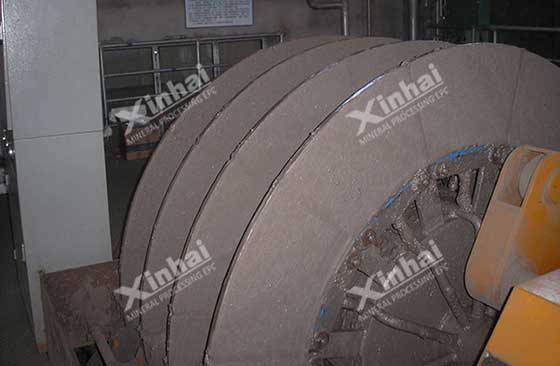 The acid leaching method uses an acid solution to convert insoluble compounds in kaolin into soluble compounds, thereby realizing the separation of kaolin and iron impurities. Generally, heated acid leaching is often used. After the pulp is heated to a certain extent, the H+ in the acid is replaced by the ferric ions. At this time, soluble iron compounds are formed and enter the solution to complete the iron removal operation. Commonly used acid solutions are sulfuric acid, hydrochloric acid and oxalic acid.

The oxidative leaching iron removal method uses a strong oxidant to oxidize insoluble ferrous iron (such as pyrite) into water-soluble ferrous ions in an aqueous medium. In a strong acidic medium, when the pH is high, ferrous iron may become insoluble ferric iron. At the same time, the ferrous ion will lose its solubility and realize the separation of kaolin and iron impurities. Commonly used oxidants are sodium hypochlorite, hydrogen peroxide, potassium permanganate, chlorine, ozone, etc. 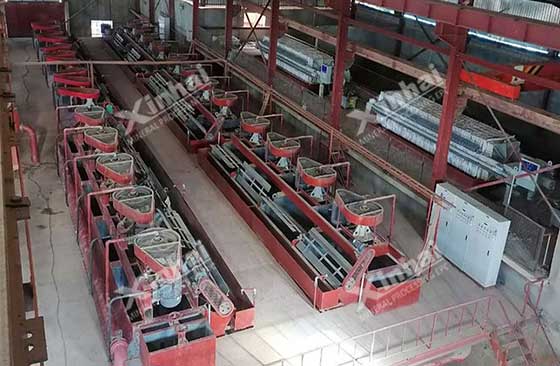 The method uses a reducing agent to reduce insoluble ferric iron (such as limonite) into soluble ferrous iron. After filtering and washing, the ferrous iron is removed with the filtrate to achieve the effect of iron removal. Commonly used reducing agents are hydrosulfite, sodium borohydride and acid-soluble hydrogen.

The above are several common methods for removing iron from kaolin. There are many types of iron impurities in kaolin, so the beneficiation methods used are different. Xinhai suggests to conduct mineral processing test on kaolin first. After analyzing the properties of impurity ore through experiments, a reasonable mineral processing process and a complete set of beneficiation equipment are designed to achieve an ideal return on investment.

What Are Mineral Beneficiation Processes for Spodumene and Lidumica?