Starts the Rise of Collaboration Between Xinhai and Pacific Islands

On November 15, 2018, President Xi Jinping had a state visit to Papua New Guinea and hold meetings with Pacific island leaders. Then, President Xi presented the 26th informal APEC Economic Leaders' Meeting in Port Moresby, Independent State of Papua New Guinea on November 17 to 18. This diplomatic activity showed that China attached great importance to the Pacific islands, which had great significance to enhancing friendship and cooperation between the two sides.

The Pacific islands has a vast territory with more than 10,000 islands. In addition to Australia and New Zealand, there are 27 countries and regions, including Independent State of Papua New Guinea, Fiji, Samoa, Tonga, Vanuatu, etc. Most of them are developing countries, but have extremely rich marine and mineral resources.

03 Look Forward to the Future for a New Story 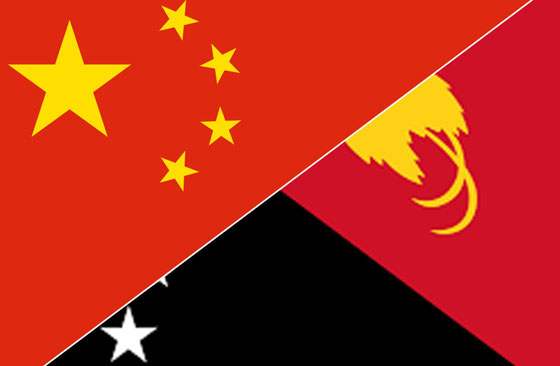 Peter Charles Paire O'Neill, Premier of Independent State of Papua New Guinea, once said that they would not to hold such a meeting without China's supporting, and expressed their gratitude for China.

Independent State of Papua New Guinea was not the only one. China has always been committed to developing friendly and cooperative relations with other Pacific islands on the basis of the Five Principles of Peaceful Coexistence, provided sincere assistance without any political conditions, and set a good example of South-South Cooperation.

At the beginning of determining the overseas strategy, Xinhai has identified the Pacific island region as one of the important markets. There were so many difficulties at the beginning. Xinhai staff started nothing when facing this unfamiliar market, but they finally opened the market and maintained a good development trend with their indomitable courage and professional attitude.

1. Mineral Processing Test and Study on Iron Ore in Philippines 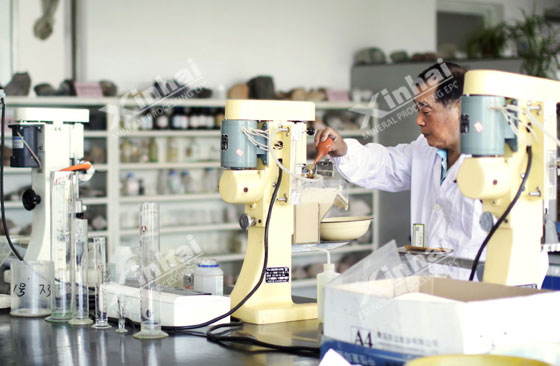 Processing Difficulty: Iron sulfide was closely related to oxide and difficult to liberated. 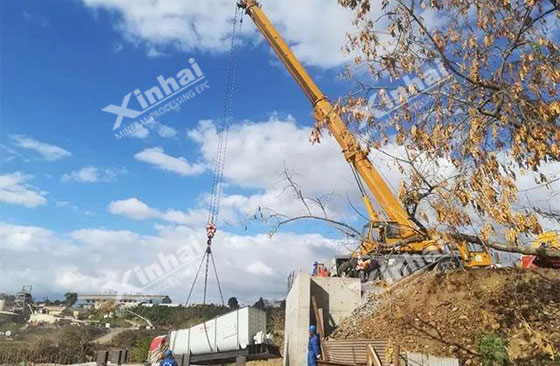 Project Background: After several decades of operation, the original ore dressing equipment had the problems of serious aging, multiple failure rates and large maintenance. With the continuous improvement of mining capacity, the existing plant cannot meet the production needs. 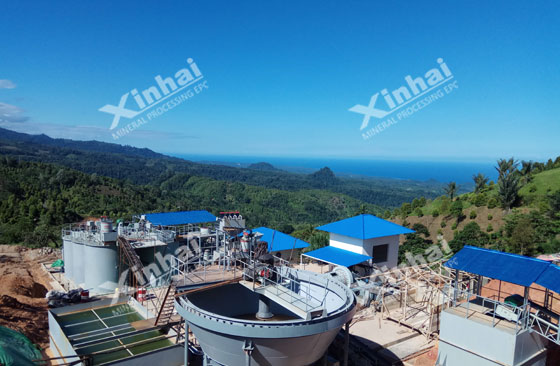 Technological Process: washing - crushing - grinding and classifying - cyanide leaching process. The ore was washed by vibrating screen, then sent to two-stage open-circuit crushing process, the particle size of the final product was -15mm. The grinding process adopted a closed-circuit grinding and classification. The grinding products were screened by trash screen, and undersize product flowed to the thickener, and then sent to the leaching operation by underflow pump. Through the leaching, adsorption and extraction, gold carrying carbon can be obtained, which can be gold mud by desorption electrolysis system.

03Look Forward to the Future for a New Story

In 2013, in response to the "One Belt And One Road" Initiative, Xinhai desided to set up a special branch office in Indonesia, which was adjacent to Independent State of Papua New Guinea, and sent some experienced overseas personnel. In this way, Xinhai can not only have a deeper understanding of the local market and customers, but also provide more perfect information for Xinhai people in China, thus providing accurate and high-quality services for customers.

At present, there are several mineral processing projects undertook by Xinhai are in negotiations in the Pacific island region.

"Our world is an island," President Xi said it four years ago, citing the close ties between China and Pacific islands. Four years later, President Xi's trip will open a new chapter for the history of diplomatic relations between China and Pacific islands. Xinhai believes that, as long as both sides stay together and continue to cooperate, the harmonious movement will be surely played on the coast of the East China Sea!