Chalcopyrite is a widely distributed copper-iron sulfide mineral, often containing trace amounts of gold, silver and other minerals, and is the main copper-containing mineral. Chalcopyrite has good self-induced flotability and collector-induced flotability, and has good hydrophobicity in weak alkaline and neutral environments, so the flotation separation is often used in selection processing. With the deepening of mining, low grade polymetallic refractory chalcopyrite has become an important source of copper ore. Now, let’s know the common chalcopyrite flotation processes together.

The full priority flotation process of chalcopyrite mainly includes two forms. One is to suppress associated minerals such as pyrite by adding lime or other inhibitors. Although this process can achieve good flotation results, the consumption of lime is relatively high, and may also reduce the grade of the copper concentrate and the recovery of copper and associated metallic minerals such as gold, silver and molybdenum. The other is to use reagents with high efficiency and selectivity to chalcopyrite, flotation of chalcopyrite under neutral to weakly alkaline conditions. 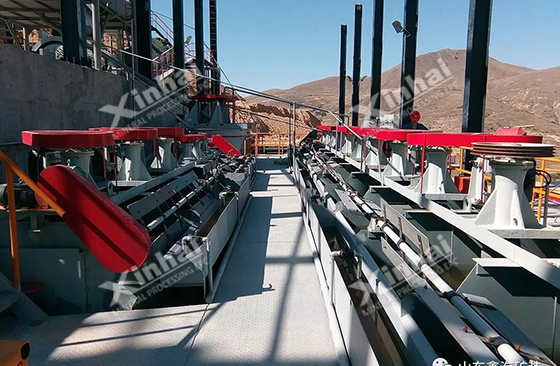 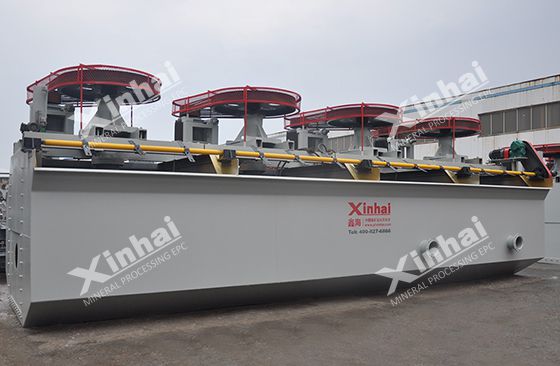 The bulk flotation is to first separate chalcopyrite and other useful minerals in the ore, and then adopt the process of preferential flotation of copper and inhibit other minerals to obtain qualified copper concentrate. This process is suitable for chalcopyrite with low grade and simple properties, which has the characteristics of saving grinding costs, flotation reagents and flotation equipment. Besides, it can avoid over-grinding during regrinding and improve flotation indexes. However, there are also some problems such as difficult separation between useful minerals and low-grade concentrate. 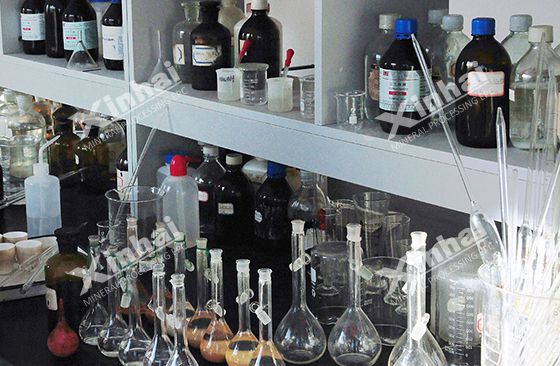 The equal floatable flotation process is suitable for polymetallic chalcopyrite ores. Usually, the ore that can be separated by the equal floatable flotation process requires the presence of a mineral with good flotability, and other ore components can be divided into easy and difficult flotation components. This flotation process usually does not need to add media regulators, and only relies on the flotability of minerals. The chalcopyrite minerals with good flotability can naturally float up without being affected by inhibitors, and at the same time, it avoids the problem that useful minerals affected by the activator float up with chalcopyrite and consume a lot of reagents and equipment for mineral flotation. This process generally can obtain good technical indicators, use less reagent, and simplify flotation equipment.

Here Are the Analysis and Solutions for Common failures of Flotation Cells!