What is the wolframite processing flow?

As an important rare and strategic mineral, the tungsten mineral plays a very important role in the development of national economy. At present, the wolframite group and scheelite group are the main tungsten minerals that are valuable for exploitation and utilization. Among them, the wolframite is featured with a low grade, high mining dilution rate, complex mineral composition and great difficulty in separation. 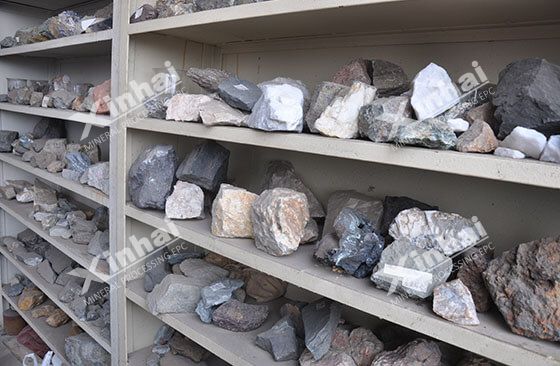 At this stage, the wolframite grinding equipment mostly adopts the rod mill, which can avoid over-grinding phenomenon and ensure the uniform granularity of grinding products, thus to meet the granularity requirements of gravity separation. 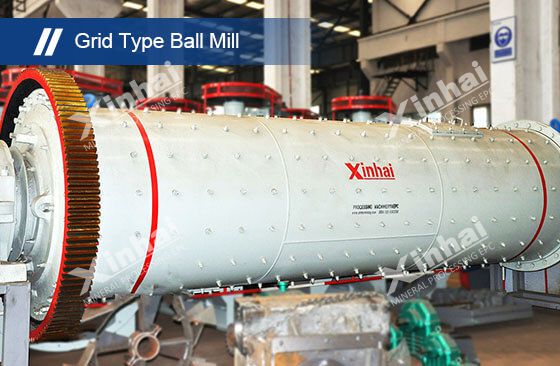 In principle, the raw ore goes through the first or second stage grinding, enters the three-stage jigging, four or five stage shaking table, and the fine mud is processed to get the coarse concentrate, and a large amount of tailings are discarded. The coarse and medium grain jigging tailings are reground in the rod mill, and the grinding products are returned to the double-layer vibrating screen to form a one-cycle closed circuit. The shaking table generally adopts two times of separation, the coarse and medium grain shaking table middling are back to the loop, the slime is treated separately. 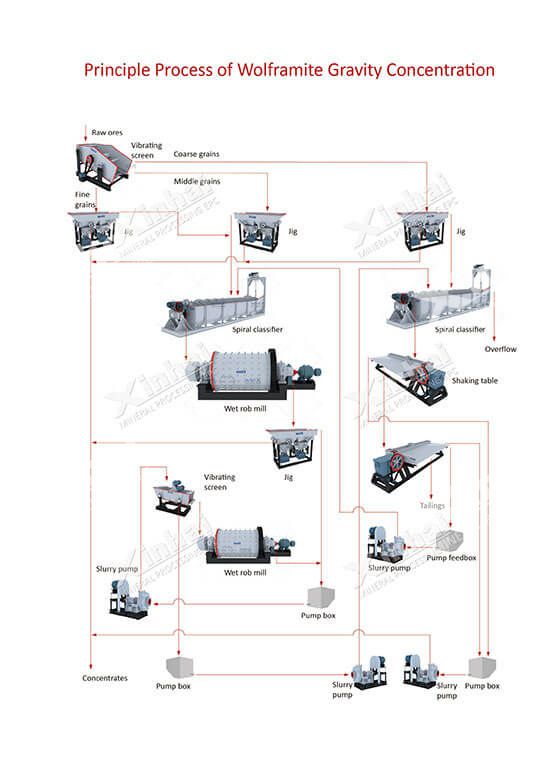 The jig is one of the important gravity separators in the stage of tungsten gravity separation. The three-level jigging is mostly used in the wolframite jigging process, that is, all qualified ores are screened into coarse, medium and fine grades then sent to the jigging operation. The coarse particle size is generally 8-10mm, and the medium particle size is 1.5-5mm. The recovery rate of coarse and medium grain jigging tailings can reach 65%-75% after the regrinding and re-separation. The fine grain jigging tailings are sent to the shaking table after the hydraulic classification, and the tailings are discarded by the shaking table. The concentrate obtained from the roughing jigging operation can be sent to the concentrating operation for treatment as the coarse concentrate in the gravity separation stage. 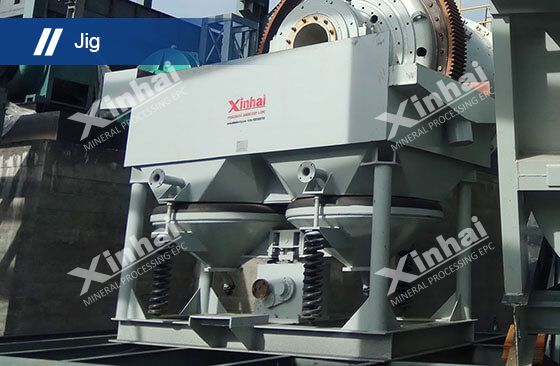 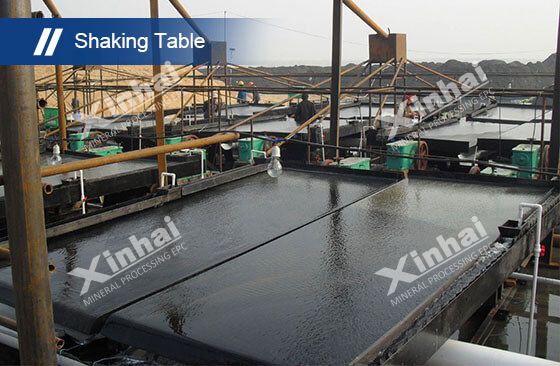 The wolframite shaking table process usually adopts two times of operation, the middling of coarse and medium grain return to the loop and the slime is treated separately. 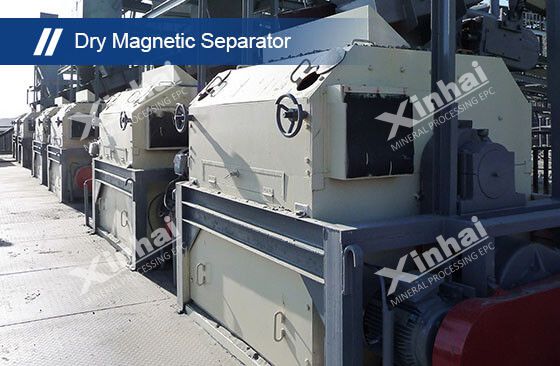 Wolframite table flotation method combines the gravity separation method with flotation method, which can obtain a better separation effect, simplify the process flow and improve the production efficiency. At the same time, it can deal with the coarse material (up to 3mm), save the grinding cost, avoid the over grinding phenomenon of useful minerals.

Here is the common wolframite processing flow. It is suggested to carry on the mineral processing test in the production. the suitable wolframite extraction process and equipment should be customized according to the ore properties, conditions of beneficiation plant, investment budget and other factors, thus to obtain the ideal beneficiation indexes and economic benefits.

How to configure the steel ball of the gold ball mill?