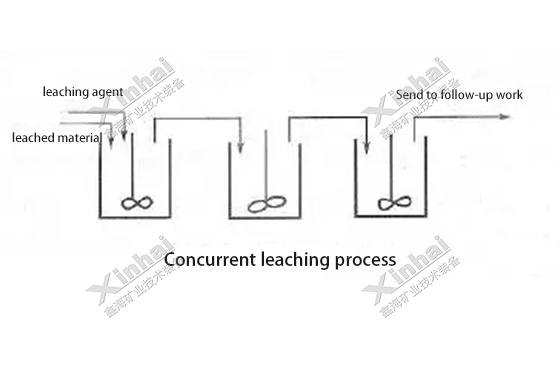 The leached material flows in the same direction as the leaching reagent. The concurrent leaching process can get the leaching solution with a higher content of target components. The reagent consumption is lower, but the leaching speed is slow, so the higher leaching rate can be reached after a long leaching time. 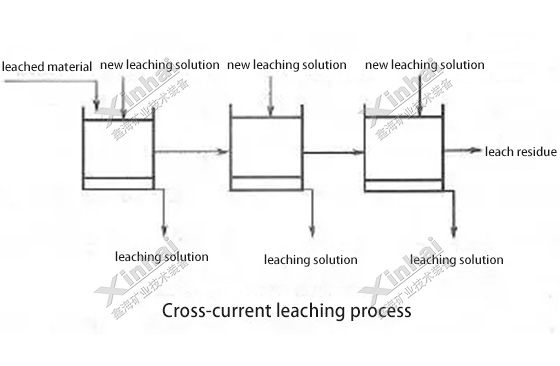 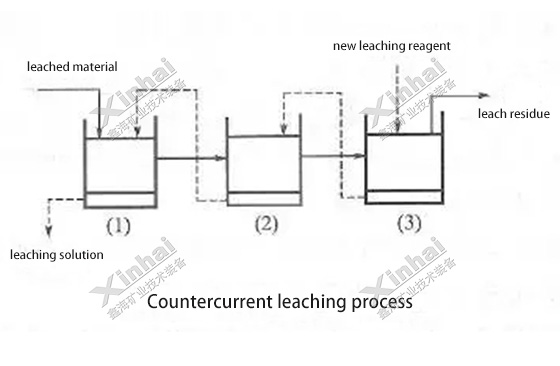