The differential flotation process is generally applied in:

● The disseminated grain size of the useful mineral is coarse;

● The content of useful mineral in the ore is high;

● High recovery rate can be obtained but the high-quality concentrate cannot be obtained by other flotation processes.

Generally, differential flotation process can adapt to the change of ore grade and has high flexibility, so it is especially suitable for the primary sulfide ore with high grade.

Advantage: Under the rough grinding, a large number of gangues can be discarded after the flotation process, so that the amount of ore into the follow-up operation is greatly reduced, which especially decrease the subsequent grinding operation cost and equipment investment, reduce the power consumption and save the reagent consumption and infrastructure investment. The partial bulk-differential flotation process is often adopted when the grade of copper-molybdenum, copper-lead, copper-zinc, and lead-zinc in the raw ore is low. For lead-zinc asynchronous bulk flotation process, as far as possible to make less sphalerite and pyrite into foam products without using regulator, and select high pH value, add copper sulfate to activate sphalerite, thus inhibiting the pyrite at the second step of bulk concentration, which can recover the lead, zinc and silver mineral maximally.

Branch flotation process means to divide the original pulp into two or more branches, the former coarse separation foam and the latter pulp merge to coarse separation, and then appropriately in series with the corresponding reagent system. Ash flotation process means the process that adds single tank flotation in the grinding circuit, which is featured with coarse grains, high density and short time. Ash flotation process can quickly float the monomer dissociated useful minerals as the concentrate, prevent them from returning to the grinding circuit, achieve the principle of recovering early and improve the recovery rate.

The speed flotation process is especially suitable for the materials whose particle size of target mineral is uneven and coarse concentrate or middling needs to be regrinding. 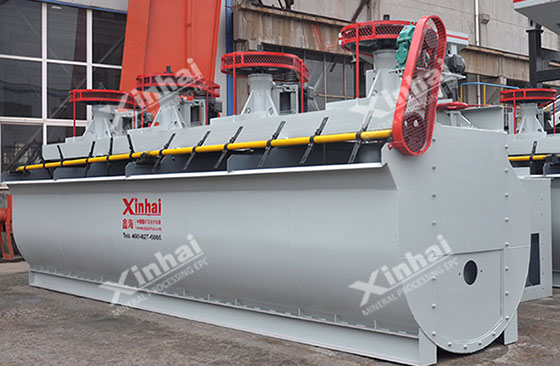 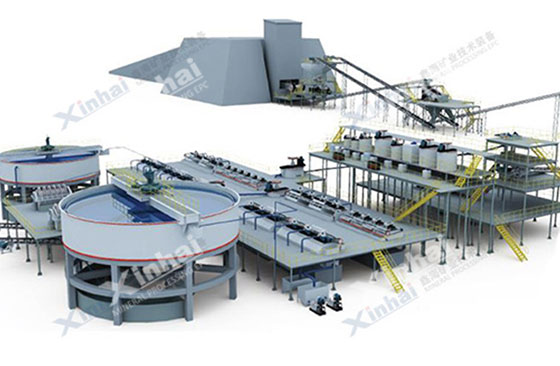 Ore property: The deposit was mainly characterized by the assemblage of lead-antimony-zinc minerals. The lead was associated with antimony, jamesonite was irregular distribution. Xinhai solution: Xinhai decided to adopt one roughing, two scavenging differential floatation process to separate the lead firstly, the coarse lead concentrate was sent to grinding, and the grinding fineness was -400 mesh 87%. Finally, the lead concentrate was obtained by three cleaning. After the lead tailings were separated, the zinc was selected with one roughing, two scavenging and three cleaning to obtain the final zinc concentrate. All middling products were returned to the flotation process in sequence. 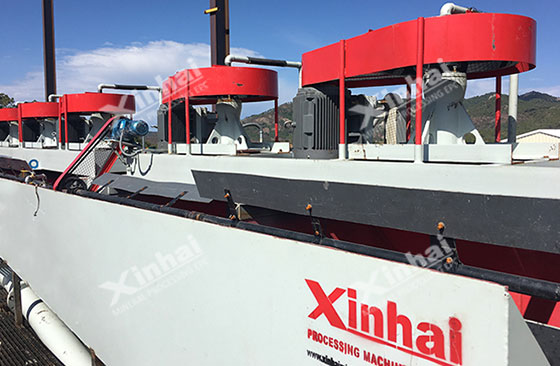 Ore property: The mine was sulfide ore and oxidation ore, copper-lead-zinc-silver associated minerals were the main metallic minerals. 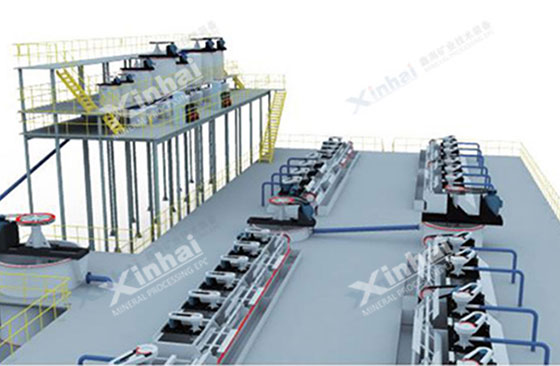 Ore property: The mine was sulfide ore and oxidation ore, lead-zinc-silver associated minerals were the main metallic minerals.

Xinhai solution: Xinhai decided to adopt the differential floatation process and reasonable reagent system. Finally, lead concentrate and zinc concentrate two kinds of products were obtained, the silver mineral was collected in the lead concentrate as much as possible.