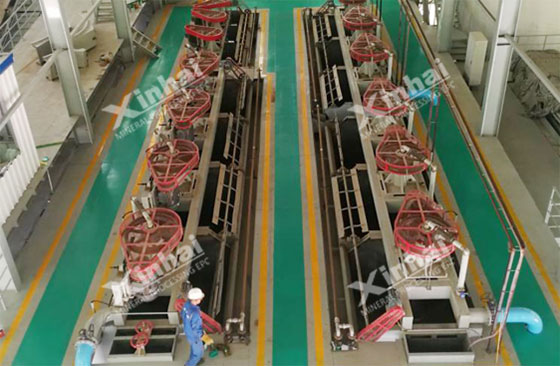 The bulk froth flotation process is to separate the various useful minerals together when the ore contains two or more kinds of mineral, and then separated one after another.

Bulk froth flotation process can be used for polymetallic ore with a lower grade or the useful mineral is assembled as the aggregate. For example, when the wolframite and scheelite exist in the form of symbiotic ore, the paragenic ore has a lower grade, and the useful minerals have a close symbiotic relationship, the bulk froth flotation process is mostly adopted.

Under the coarse grinding, a large amount of gangues can be discarded after the flotation in the bulk froth flotation process, which reduces the amount of gangue entering the subsequent operations and the cost of subsequent grinding operations. However, there are collectors on the surface of mixed concentrates and the excess collector remains on the slurry, which increases the difficulty of the next separation operation. 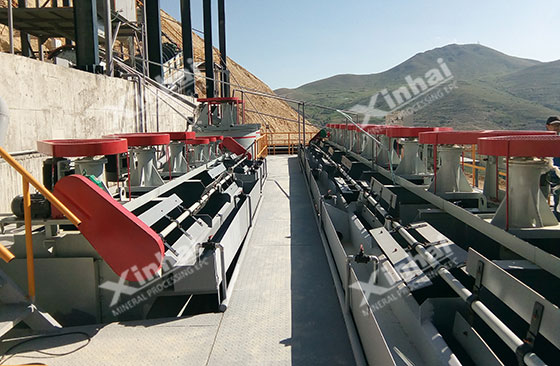 In general, there are several useful minerals with similar flotability in the ore, or the flotability is different. For example, when the ore contains copper-molybdenum, copper-lead, copper-zinc, lead-zinc mineral and one of them has a low grade, partial bulk-preferential froth flotation process is usually adopted.

The flotation order of iso-flotability flotation process is not completely divided according to the types of mineral. According to the same or similar floatability of the mineral, the recovered mineral is divided into easy-to-float and difficult-to-float parts, and then float them from easiness to difficulty.

Iso-flotability flotation process is suitable for treating the complex polymetallic sulfide ores with easy-to-float and difficult-to-float parts. For example, in a sulfide ore, the useful minerals are galena, sphalerite and pyrite, among which, sphalerite has two kinds of minerals which are easy to float and difficult to float, so the iso-flotability flotation process can be used. 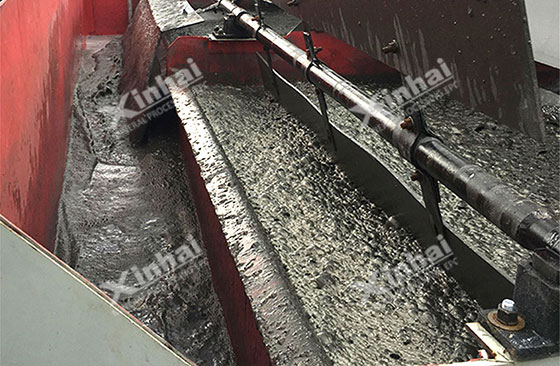 The asynchronous flotation process is suitable for the flotation of the ore that has the majority of lead and less sulfur. For example: In a lead ore concentrator, the lead is the main carrier mineral of silver, the fine lead can be separated first without inhibitor, then the fine lead-silver and coarse lead-silver, which can ensure the higher recovery rate of lead and silver. 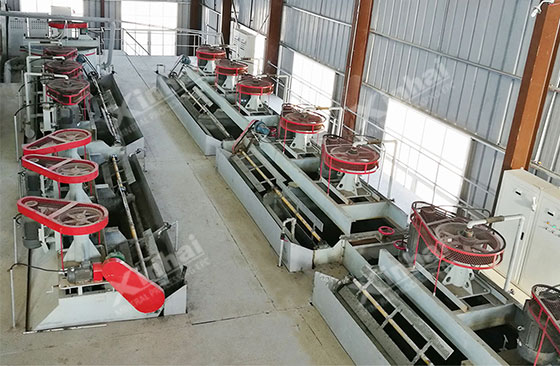 The instant flotation process is especially suitable for the ore with uneven disseminated grain size and the coarse concentrate or medium ore need to be reground.

The route into concentrate can be shortened, which realizes early and fast recovery.