Three common problems of efficient thickener and their solutions!

The thickener is a solid-liquid separation equipment based on the gravity sedimentation, and is also a thickening equipment commonly used in the concentrators. In the practical application, most concentrators will encounter the various thickener problems, which will not only affect the normal operation of concentrators, but also seriously damage the economic benefits of concentrators. 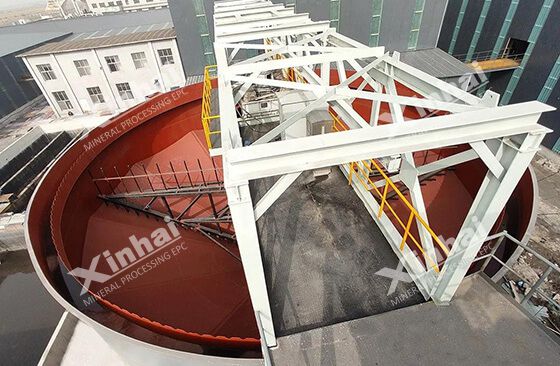 Next, we will take you to understand three common thickening equipment problems, analyze their causes in detail and give the corresponding solutions.

03 The flocculant is not evenly added

In the production, the muddy overflow water is one of the common faults of thickener, that is, the thickener cannot carry out solid-liquid separation well, and the overflow is muddy. Here are the causes and solutions of this problem:

■The slurry properties that fed into the pool cause the muddy overflow. For example, the slurry is mixed with a certain amount of air, and the intervention of air makes the slurry produce a large number of bubbles in the mixed stratification. In addition, if the slurry contains too much mud, it will also make the overflow difficult to clear, especially the fine slime (0.1-0.001μm).

■If the processing capacity is too large, the slurry in the pond will produce a large intensity of turning over or the underflow control is too small, which will also easily cause the muddy overflow.

1. Eliminate the adverse factors of pooled slurry. For example, the welding frame degassing tank can be used to eliminate the air inclusions in the pulp before entering the pool. For the fine slime of 0.1-0.001μm, adding the flocculant to make the fine slime form the agglomeration and accelerate the settlement to avoid the muddy overflow.

3. Adjust and control the settling layer to maintain the thickness of 200-300mm. When the sediment layer is thin, the discharge quantity of underflow can be reduced, otherwise, it should be increased appropriately. 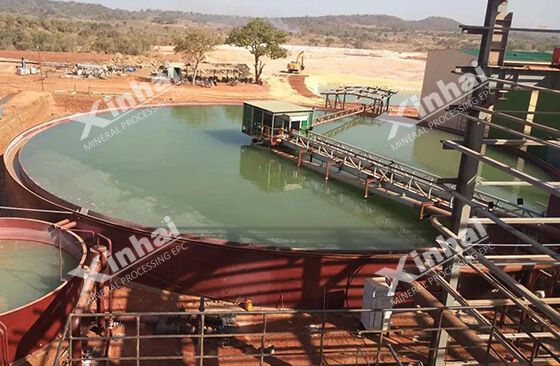 ■There is no observation hole in the side wall of the thickener, so it is impossible to directly observe the thickness of the clarifying layer and the filter settling layer in the tank, which brings a lot of inconvenience to the operation and control, leading to the stratification disorder in the tank.

1. Timely lifting the rake frame to adjust the speed. If the power failure occurs suddenly in the operation, it is necessary to manually reverse rotate the rake frame to make it rise, and then downward after the call.

3. At present, the side wall of the new type thickener is equipped with plexiglass observation holes to adjust the thickness of the clarifying layer and the filter settling layer, so that they are kept within the standard range of 250-550mm respectively. 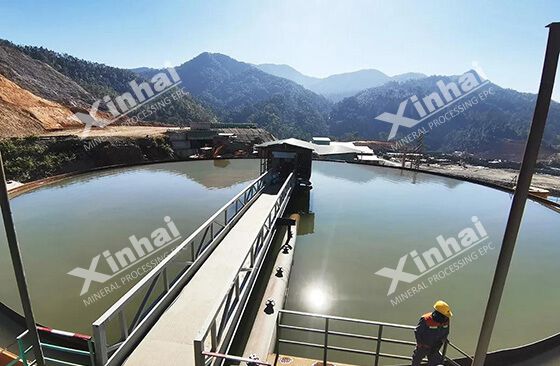 03The flocculant is not evenly added

■In the thickening process, the uneven addition of flocculant is also a common problem, which will directly affect the settling efficiency of the thickener.

The flocculant takes too long to dissolve. After the stirring and dissolving, if the flocculant doesn’t dissolve completely after 8 hours, the normal production of thickener will be affected.

1. Add the flocculant correctly. Fill the tank with water to the blade position, shake the sieve and slowly pour in the flocculant until the flocculant is finished. Please note that the flocculant cannot be damp or floccus, or directly added one-time pour. At the same time, Be aware of spillover due to excessive liquid injection in the tank

2. Shorten the dissolving time. The speed of agitation tank can be increased to facilitate the uniform diffusion of the agent in the tank. 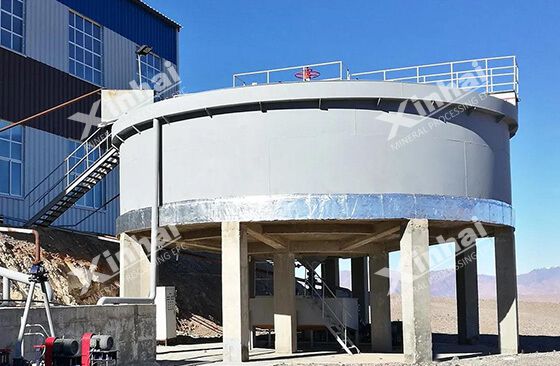 The reasons and solutions of three common problems of thickening equipment are introduced above. When the thickener breaks down, the thickener operator should carefully analyze the causes, then adopts the corresponding solutions, and pay attention to the daily maintenance and overhaul of the thickener in the actual production, ensuring the smooth operation of the whole concentrator.