As a part of the whole mineral processing flow, the screening operation is very important. Screening equipment is also used for dewatering and thickening in the whole mineral processing flow, rather than screening. The screening equipment can screen the qualified material before crushing, which can avoid the over-crushing and reduce the consumption of the crusher. Besides, it can also check if the material is at a suitable granule or not, and screen the material into several classifications for separation, which can increase the processing efficiency. 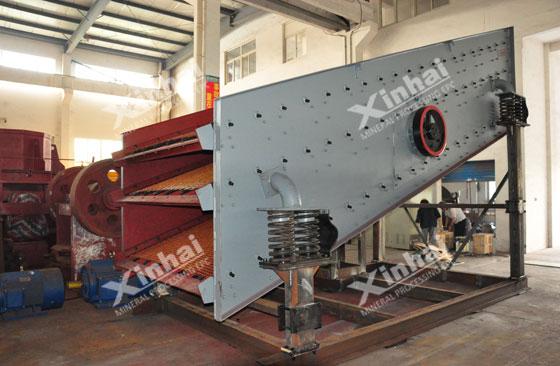 During working, the eccentric exciter block creates high speed through the motor and triangular belt. The screen box is inspired by vibrating when the centrifugal force is big. The material on the screen is impacted by successively throwing. During this period, the smaller granules can be through the screen, the screen is finished.

A Mongolian mineral processing plant would like to improve the feeding efficiency through screening after upgrading the crushing equipment. They chose Xinhai round vibrating screen under the cost control, which not only achieved multiple-layered screening, but also satisfied the production requirement by relying on plate type screening box. 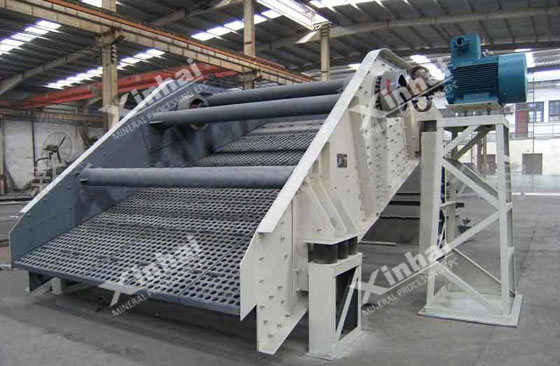 A dressing plant in Yunnan had ore with high water content. The equipment was seriously damaged. They chose Xinhai auto centering vibrating screen for washing and de-sliming. Xinhai adopted wet wear-resistance rubber to prolong the working life of the screen, which highly increased the screening efficiency, ensured the normal process of the pre-separation and reduced the investment cost. 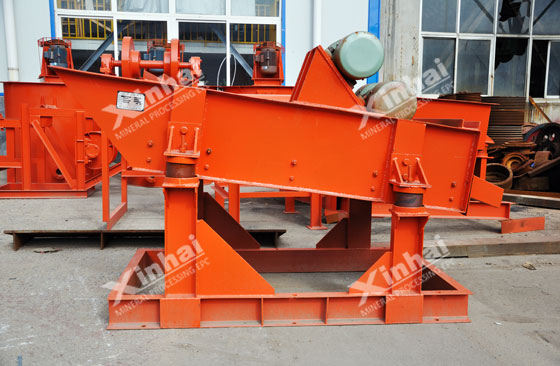 Xinhai linear vibrating screen is used for fine granules, which is suitable for dewatering, de-sliming, de-medium and de-weighting-medium. The angle of the screen surface can be adjusted. The vibrating motor is used as the vibration exciter. The consumption is low and the accuracy is high. There is little basic load and nothing to deal with specially. It is a completely sealed structure and autogenously throwing. The screen body is made up of the rolled plate, which is substance and reliable. The wear-resistance rubber in it enlengthen the working life of the screen.

An iron mineral processing plant in China applied three stage one closed circuit crushing and screening flow. The electric consumption was extremely high after a period of working. They found that Xinhai DZS linear vibrating screen was more efficient after comparison and more suitable for the screening requirement, which totally solved the consumption problem.

Xinhai, Along With the “One Belt and Road” Development