MESSAGE
It is one of the birthplaces of ancient humans
Also an African country with unique and amazing natural resources
Here
There are wild animals in the background of Kilimanjaro
There are also a variety of tribal culture
It is the "land of cloves"
With magnificent grassland, gobi and peak
It is also a mining country
Infrastructure production and resource mining & processing go hand in hand
There is a broad space for cooperation in mining
Xinhai Mining also started its mining development in Tanzania
Project Background

With the extension of mining depth, Tanzania M company found that the mineral properties of this project had changed compared with the previous ones. The single gravity separation process adopted by the original gravity separation plant was difficult to recover the gold ore effectively, and the technical indicators and economic benefits were not ideal, so Tanzania M company decided to build and reform the plant. 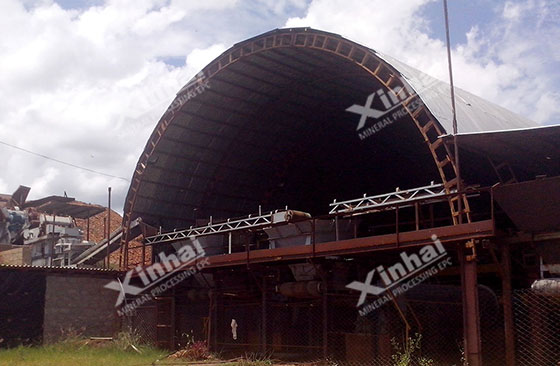 Ore properties: The disseminated grain size of gold in the ore was very fine, the single gold is less than or equal to 30%, and the particle sizes of most gold were less than 13μm. 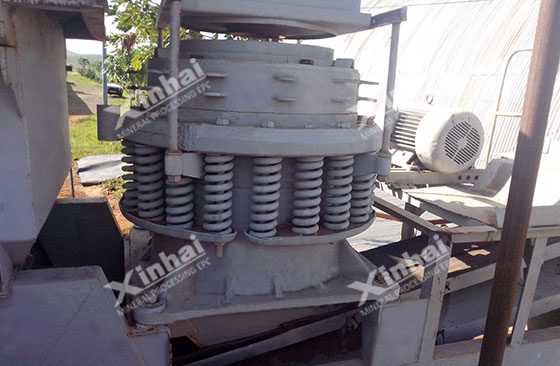 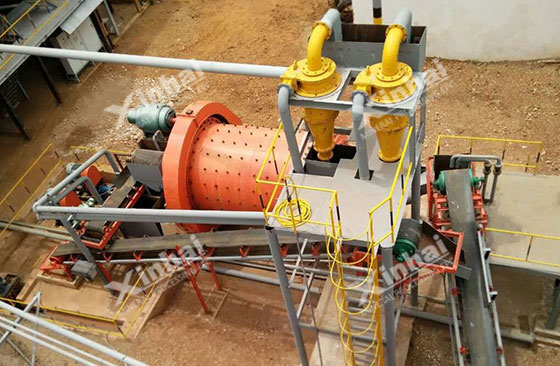 The second grinding stage was composed of three series, so the cyclone overflow in the first stage closed-circuit grinding was divided into three channels of slurry by the slurry distributor. Each slurry was pumped o the hydrocyclone for classifying by the rubber pump, and the sediment entered into the overflow ball mill for fine grinding (the grinding concentration was about 70-75%). The fine grinding products and slurry before classifying are pumped into the hydrocyclone, which formed the second closed-circuit grinding cycle (the circulating load was about 225%). Three series of cyclones overflow (-200 mesh particle sizes were approximately 90%, and the solid weight concentration was approximately 20-25%) entered into the next stage.

After two stages grinding, the pulp concentration of qualified products was about 20-25%, which cannot reach the solid weight concentration required (40%) by leaching. Therefore, the thickening operation was required to improve pulp concentration before leaching. The second stage of hydrocyclone overflows entered into the linear vibrating screen to remove wood chips. Then, the slurry flowed to the high efficient thickener for increasing the slurry concentration to 40%. After the adsorption column absorbed the gold, the water returned to the process for recycling, and the underflow of thickener entered the cyanide leaching stage. 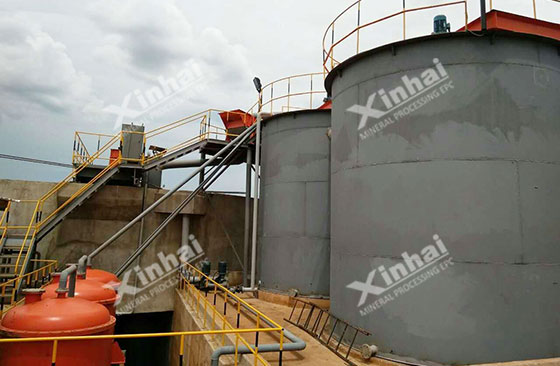 This stage adopted high temperature and high-pressure cyanid-free desorption electrolysis system, which was featured with high efficiency, fast speed, low consumption, non-toxic (NaCN) and automatic control. The working temperature of the system was about 150 degrees celsius and the working pressure was about 5 bar. The gold was desorbed within only 12 to 15 hours. 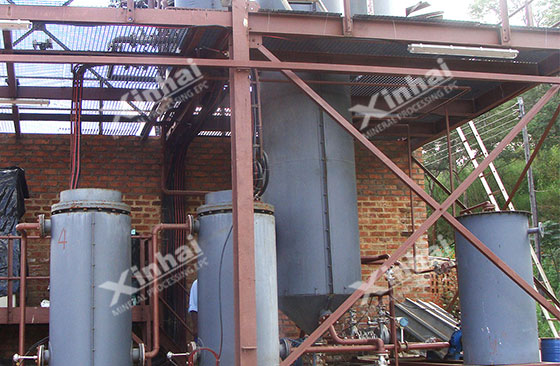 The gold slime produced by desorption electrolysis stage was treated by pickling and then fed into high-frequency smelting furnace for smelting. Finally, the gold ingot was obtained. 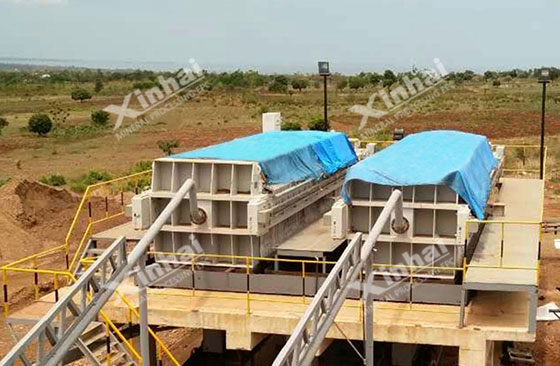 ◆ The scientific and reasonable plant design ensured the smooth flow of the whole plant, the new and old equipment ran normally, which not only achieved the expected recovery rate, but also saved the investment cost.

◆ Two stages grinding operation used the slurry pump, hydrocyclone instead of the traditional spiral classifier, which had the advantages of high efficiency, less power consumption and low investment;

◆ The thickening operation before leaching adopted high efficient thickener. Reducing the diameter of the thickener greatly saved the equipment cost. At the same time, adding some flocculant significantly reduced the settling area and time of the thickener;

Generally, the cyanidation tailings were easy to pollute the atmosphere due to small particle size. And residual cyanide roots can cause water pollution if they entered into the environment. The normal tailings of this concentrator had the small particle size, but the water content was only 20%, so they cannot fly. Moreover, the normal tailings of this concentrator contained very little cyanide, so it was very unlikely to enter the environmental water. 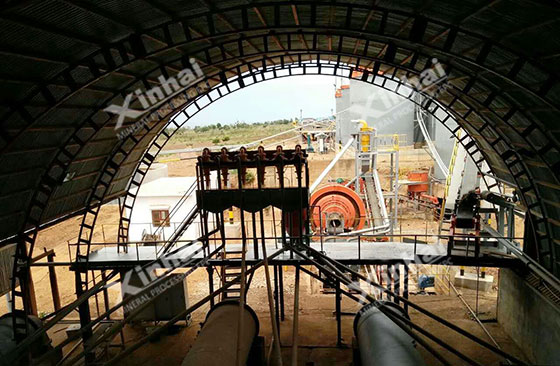 Though vast oceans keep China and Tanzania far apart, the friendship between our peoples has a long history and, having been tested by times, is strong and vigorous. Six hundred years ago, the ancient maritime silk road served as a bridge for exchanges between China and Tanzania. Six hundred years later, the 21st-century maritime silk road created by "One Belt And One Road" Initiative has also brought new vitality to china-Tanzania cooperation. In Africa, Xinhai Mining has undertaken hundreds of mineral processing EPC+M+O projects in Tanzania, Zimbabwe, Sudan, Nigeria and other African countries, and has been effectively promoting the development of the African mining industry. In the future, Xinhai Mining will also actively respond to the "One Belt And One Road" Initiative, lead Tanzania and even the whole African mining industry to a new height.

Xinhai Mining: Co-construct "One Belt And One Road" And Contribute to Build a Community of Shared Future for the Global Mining